Joint Ops in Iraq with LRSC 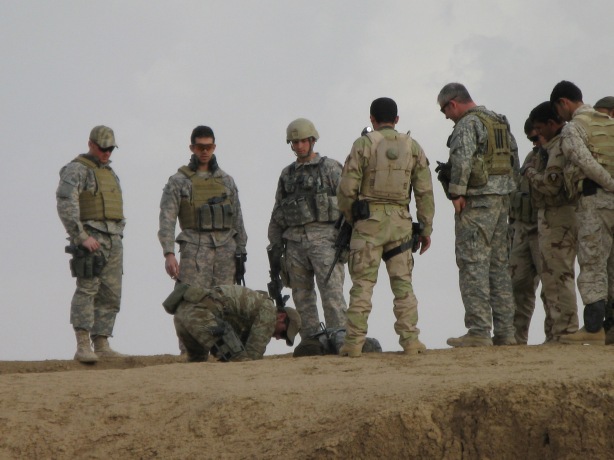 A while back I wrote about a joint operation I did with a LRS unit in Iraq in 2009 but for the life of me I could not recall the specific unit designation.  Thankfully, I had a member of that patrol reach out to me recently to help jog my memory and provide some details.  The unit was 1st DET, B Trp, 38th CAV (LRS) (ABN) out of Ft. Hood, Texas which has since been reflagged as C Co (LRS) (ABN) 2-38 CAV but is still active as the III Corps LRS Company.

We did five days out in the desert doing an area recon.  The dynamics of the desert to the south west of Mosul were somewhat interesting.  Known locally as the Jeezera, meaning island in Arabic, this area was home to some very remote villages that served as waystations for smugglers and terrorists flowing across the border from Syria.  More than one foreign fighter had been intercepted by Special Operations teams in this region as they made their way to Mosul.  Village leaders are called Muqtar and are about as two faced as they come.  When you meet with them they will tell you that there is no Sunni or Shia in their village and that they don’t support terrorism.  It was pretty clear to us that they were mistaking their mouth for a bull’s asshole.