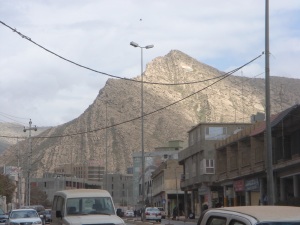 Duhok is surrounded by mountains like this which is part of the reason why the Turks, Iranians, and Iraqis have never really been able to “pacify” the kurds.  Security is tight in Kurdistan, they certainly police they’re own. 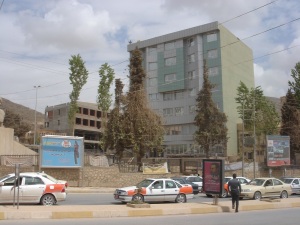 Random building along one of the main commercial ribbons in town.

As I recall I took this picture after we had lunch.  It was some of the worst pizza I have ever been party to.  I recall walking into a bathroom to wash my hands before we ate and a orderly asked me in broken English, “Are you Special Force?!?”  Kids in town asked me if I worked with KDP (Kurdish Militia) so OPSEC is pretty much joke in this part of the world.

Strangers in a strange land.  Wish I had been able to spend more time in the area. 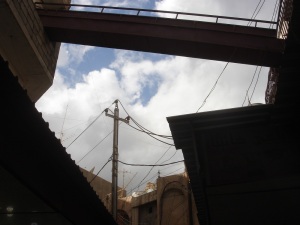 A chute that ran across the top of the market.  I could here workers rolling something down it but have no idea what…

I have a few more pictures from Duhok but I think you get the idea from the three part series.  If someone wants to see the rest let me know and I’ll throw them up here.

This will be the first of a small series of photos from Duhok, a Kurdish city sitting inside a mountain range in Northern Iraq.  This first photo is myself in a Souk (market) in the early morning just as the shops were opening for the day.  I would compare Duhok to similar developing cities you might find in Central America.  No quite first world yet, but you can still find Johnny Walker Black Label so we are not talking about the savage nations in the heart of darkness either.

A shop owner opening for business. 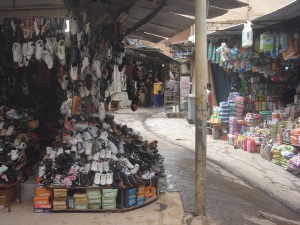 Need shoes?  You can get everything in Duhok to include military equipment such as weapons sights, uniforms, and body armor.  I’ve heard tales of underground weapons dealers in the area.

I love the electrical wiring in this part of the world.  The orange paneling on the side of the white car indicates that it is a taxi. 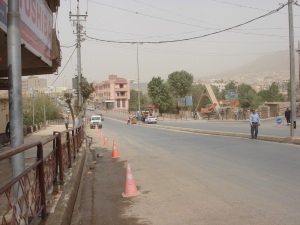 I’ll put up some more pictures of Kurdistan later, it was definitely a fascinating place to visit.