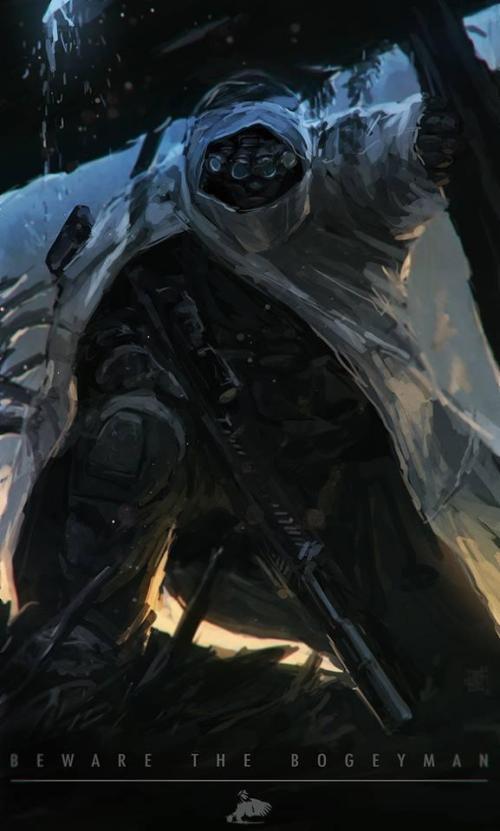 Admiral Corbett looked up from his desk and set his reading glasses down so he could see his J3 officer. The Admiral always left his door open, a literal open door policy. Where he worked, he needed a team more than he needed a hierarchy.

“You’re kidding me,” Corbett said as he sat back in his chair. “Again?”

“Who the hell is doing this?”

“We’re about to sit down in the SCIF and try to hammer that out right now.”

Admiral Corbett left his desk and followed his right hand man down the hallway. A vault door was open which led into the Sensitive Compartmentalized Information Facility. This was where sensitive operations and intelligence was discussed and records stored. At JSOC, practically everything was sensitive.

An assistant J2 intelligence officer turned to his commander.

“Manila. It was Kanor De Jesus.”

“I remember the name. He was on the SIGMA-11 target deck.”

“Yes, sir,” the intel officer confirmed. “Two TF Green attempts, one TF Blue, and local competitors tried to bump him off a couple times as well.”

“We’re still trying to piece it together. We have someone from the activity on the ground working with local authorities. The police found a parachute in the park nearby which explains how the killers got off target but no one knows how they got there to begin with. We’ve had the special entry troop working this problem set for months. The building is a fortress.”

“What the hell is going on? This is our third target that someone else took out in nearly as many weeks. First those guys working for Karzai that the bed wetters in Washington wouldn’t let us touch, then Hezbollah’s main money man gets whacked in Dubai. Now this?”

“It has happened before. De Jesus had hits put out on him by both the NPA and Abu Sayaf. Whenever these guys carve out a piece of the local black market for themselves there is always a competitor who wants that slice of pie for himself.”

“Too many coincidences,” the Admiral stated. “And the hits are too precise, too well planned. The Israelis are good but they don’t have this kind of reach. Besides, they wouldn’t play in our backyard without a courtesy call.”

“What about Langley?” The J3 said as he rolled his eyes.

“They are ready for a tele-conference right now,” the J2 said.

“Put them on,” the Admiral said as he sat down at the long table in front of a projection screen.

The screen came on showing a bald headed CIA officer in a suit sitting next to a Army Officer in his class A uniform, a Special Forces liaison officer detached to Central Intelligence.

“Hey Russ,” the CIA officer said, addressing the JSOC Admiral by his first name. Technically they were of equivalent ranks but they also had a working relationship stretching back to the first days of the War on Terror.

“Francis, I need some help here.”

“I heard. Someone is working your target deck.”

Francis shook his head. The Special Forces officer clasped his hands in front of him on the table.

“You know I don’t believe in coincidences.”

Admiral Russ Corbett sat back in his chair. He didn’t ask questions that he didn’t already have the answers too. He knew Francis was telling him the truth because the CIA had hired dozens of former JSOC operators to do their dirty work. Those operators had loyalty to the home team and kept JSOC informed of everything the agency was up to around the world. He was simply hoping that Francis could help him unravel this puzzle.

“SIGMA-11 is locked down. We can do an informal 15-6 just to snoop around but the CI around that program is air tight.”

“I hope so,” the CIA officer said. “Because I agree with your assessment. Someone is working your target deck and for both our sakes, we better find out who it is fast before this shit blows up in both our faces. You know how this works. Our fingerprints are on SIGMA so we’ll take the fall for whoever these chuckle heads kill.”

“It could jeopardize other programs as well.”

They both knew what programs he was referencing. Collection and sabotage in a country whose name started with an I and ended with a RAN.

“Get this done Russ. I’ll let my people know to help you however they can.”

“Thanks Francis, I appreciate it.”

The screen blacked out as the tele-conference ended.

The Admiral took a deep breath.

Someone was working their target deck but it wasn’t Special Operations, the CIA, or even an allied country. It was time for the Admiral to make a phone call to an old colleague. He had been his predecessor as the commander of JSOC. A General who had been publicly disgraced and removed after a series of revelations in the newspapers. It was known to those who knew that the General could get more done on the outside through his commercial endeavors than he ever could as military officer.

It was time to look up General McCoy and see what he was up to these days.