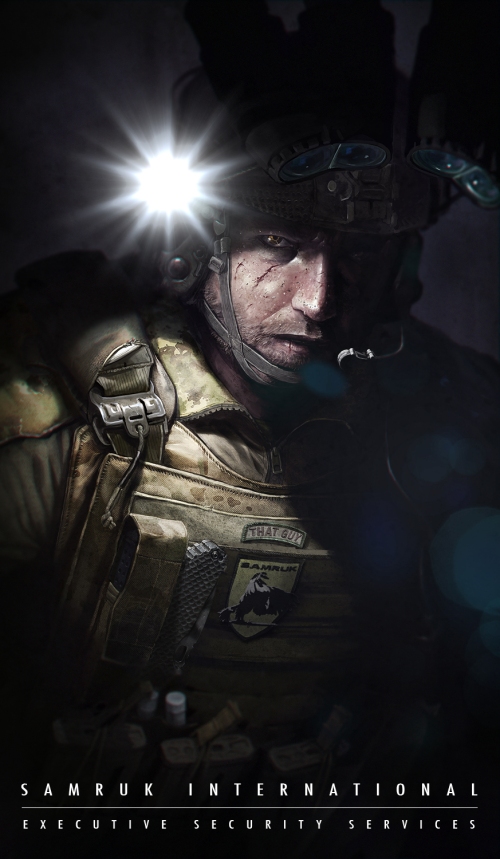 Deckard fell down towards the earth, nearly going end over end as he struggled to maintain a positive body position. Glancing at his altimeter, he waved off at 6,000 feet, looked back at his altimeter and then reached for his rip chord at 4,500 feet. When he gave it a yank, his head snapped to the side. He had been pulling on the tube running from his oxygen mask to the bottled O2 strapped under his MC-5 parachute. Making another attempt, he reached in and snatched his ripcord. He pulled it but nothing happen, the metal grip separated from the steel cable which would have pulled the pins and released his parachute.

He didn’t bother to look back at his altimeter but knew he was burning altitude fast. Tracing the main lift web on his parachute harness he grabbed the floating cable and pulled as hard as he could. He was pins out somewhere around 2,000 feet. The pilot chute was out but caught in a wind bubble on his back where it bounced around but failed to catch in the air and deploy his main parachute.

Then the CYPRES system detected the barometric pressure at low altitude, indicating that something was wrong. The computer was a fail safe in case the jumper was knocked conscience or a similar emergency. The reserve parachute deployed just as the pilot chute finally pulled his main parachute out of its deployment bag.

Deckard reached up and and grabbed the suspension lines of the reserve parachute, desperately trying to prevent it from entangling itself around the main parachute. If his main chute was collapsed by the reserve there was no recourse or corrective measure which could save him. His biceps were burning as he pulled and separated the suspension lines but the reserve chute was still trying to drive forward and since it was anchored to the parachute harness, and to Deckard, it kept trying to make a u-turn back into his main chute.

As the the main parachute began to collapse, Deckard felt weightless, the ground rushing up to reach him. Somehow he managed to survive the landing. Shrugging out of his parachute harness he put his M4 rifle into operation and moved out.

The enemy was quickly advancing. Joined by his team mates, Deckard opened fire. A single round fired from the rifle before it jammed. Deckard executed the malfunction drill by muscle memory without consciously thinking through the steps. Slapping the magazine, he racked the bolt and tapped the forward assist. Pulling the butt stock back into the pocket of his shoulder, he aimed down the sights and squeezed the trigger on the first enemy he spotted. The hammer dropped on the firing pin but the rifle did not discharge.

Now his team mates had to pick up their rate of fire to compensate for Deckard’s weapon being out of action. He performed the malfunction drill again. Slap, rack, but no bang. The man to Deckard’s left went down under a hail of gunfire. Slap, rack, but nothing. Deckard dropped the magazine, pulled the bolt to the rear and inspected the chamber. It looked clear. Loading a fresh magazine he fired again. Nothing.

His other team mate on his right side collapsed like an empty coat. Deckard slapped the magazine, racked the bolt, and squeezed the trigger but the weapon still would not fire. The enemy was right on top of him. He was still attempting to get his rifle back online when the terrorists swarmed in on him.

That was when he woke up.