The Three Best Novels About Assassins

The professional assassin is a different animal than the professional soldier.  For one thing, the assassin is almost always working outside of the law while the soldier works within it…mostly anyhow.  The professional assassin isn’t some amateur going off half assed like some kind of gangland thug.  He is a meticulous planner who games specific situations and specific targets, coming up with a specialized operation which applies to that target’s routines and patterns of life.  Take for instance, Teddy Medina an NPA assassin in the Philippines.  He trained for about ten minutes a day, every day, on drawing his .45 caliber handgun from concealment and executing his target.  To that end, he became very adept at planning his hits.  On the other hand you have professional soldiers, let’s take one from the same era: Jerry “Mad Dog” Shriver who served in MACV-SOG in Vietnam.  Jerry was a soldier and like other SOG troops, would train with a variety of weapons, not just a .45.  These guys had to know how to use CAR-15’s, M79 grenade launchers, hand grenades, pistols, and even technical induction based eavesdropping equipment.  The skill sets they had to master were more general because of the number of threats and situations they faced in the jungles of South East Asia.  Still, there is something that has always held the popular imagination about the assassin, including the realm of fiction.  Let’s take a minute to look at a couple of my favorite fictional and semi-fictional assassins. 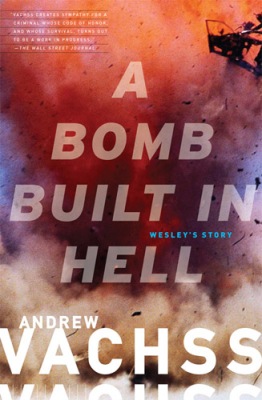 A Bomb Built in Hell is one of the best books I’ve ever read.  Aside from the relevant social commentary, Andrew Vachss’ first novel pulls no punches, a style he became well known for years later.  Wesley is a small time con who gets recruited by a mobster in prison who begins to teach him assassin trade craft so that he can kill the man who betrayed him once Wesley gets out of prison, as the mafioso is in for life.  The techniques Wesley learns are chilling but effective as you see when he gets out of the joint and starts plying his trade.  Well ahead of its time, A Bomb Built in Hell was way too hardcore for polite society, forcing Vachss to shelve it for years.  It was only recently that it finally made it to print. 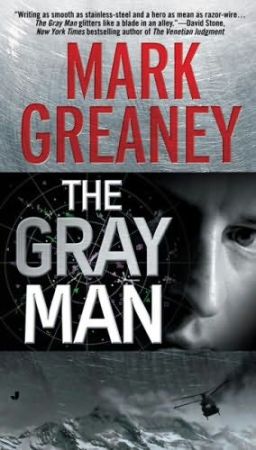 Court Gentry is another mysterious assassin who is right up there with Wesley.  Court also started off as a criminal until he got recruited into a CIA initiative to conduct covert operations.  After 9/11 shit got real, maybe a little too real and Court got burned by the Agency.  Now he works as a freelance singleton operator.  The first in the series, The Gray Man, is one of the best action-adventure books out there these days.  Court pisses off some very powerful people who put out a high end contract on him, a contract that the world’s intelligence services and Special Operations forces respond too.  Maybe the most interesting of Court’s opposition is an equally mysterious operative from South Korea, another singleton operator who does missions in North Korea.  This is must read book. 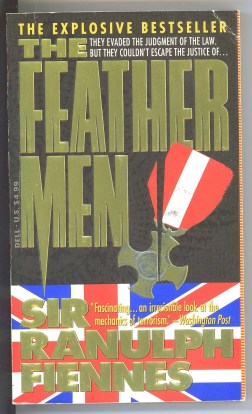 I have mixed feelings about The Clinic as portrayed in The Feathermen, later made into a “okay” film called Killer Elite.  The Clinic is actually a bunch of low life sociopathic assassins who square off with another non-official group called The Feathermen.  The Feathermen act like guardian angels for British SAS soldiers, protecting them from the likes of the IRA and others.  I’ve been told that such groups really exist, for both the SAS and SBS.  The Clinic consists of a former US Marine as team leader with two others, including a technician who knows how to sabotage cars and helicopters.  The Clinic specializes in making their assassinations look like accidents, or at least something other than what they are.  The book is about a tribal leader in Oman who hires the Clinic to go and kill the SAS men who were behind killing his family members year prior.  But The Feathermen is also problematic, the author wrote the book with the byline “fact or fiction?” and openly concedes that he blended fact and fiction, that the groups and people in it are real but that much of the book was fictionalized, leaving the reader to determine which is which.  I would say that the reader is best off regarding the entire book as a work of clever fiction and nothing more.

21 responses to “The Three Best Novels About Assassins”