Benghazi Audio Book and Other Updates

Lots of new stuff coming down the pipe here…  A couple articles are en route on SOFREP, one dealing with Maritime Security contracting and the other about the cultural differences between the Ranger Regiment and Special Forces (no dick measuring just an assessment of the differences).  The audio book of Benghazi: The Definitive Report is now released.  My words sound damn sexy when a British chick who sounds like Lara Croft is reading them.  There is some other big news about the Benghazi book but I will have to hold off on that until I can make a formal announcement.  Brandon and I are both very excited.  SOFREP continues to grow with new websites branching off in all directions.  I am thinking about the next Deckard novel I want to write over the summer titled Direct Action.  I have a bunch of SOFREP t-shirts coming in the mail so I will have some pictures of those soon.  I know many of you have requested Deckard posters and t-shirts, this is another project I have to find time for.  I also have a documentary to produce about Keith Nell’s book Viscount Down.  I need to make some priorities here.

This weekend I will be interviewing Gary Dolan, a Ranger Platoon Leader in the Vietnam War for SOFREP radio.  Gary is a Ranger Hall of Fame inductee and is the author of Of Their Own Accord.

I am also featured in Brandon Webb’s book SEAL Sniper which he co-authored with Glen Doherty before he was tragically killed in Benghazi, Libya.  Aside from that, I’m slogging through college.  A year and a half to go.  I’ll post my paper on Machiavelli here if anyone is interested once I turn it in to the professor. 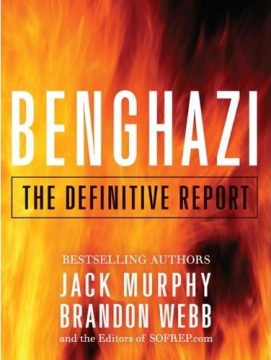 2 responses to “Benghazi Audio Book and Other Updates”