Tier Zero, The Sequel to Hell and Gone is Here! 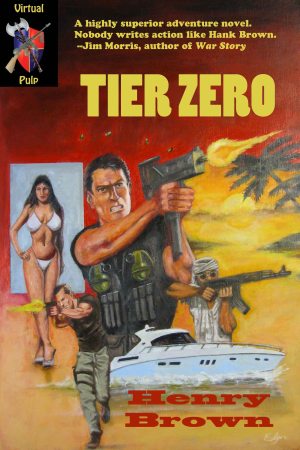 Tommy Scarred Wolf thought he had smelled the powder for the last time ten years ago. Then somebody messed with his family. With no government willing or able to help out, it’s up to Tommy and his detective brother, Vince, to find Vince’s kidnapped daughter halfway around the world. But rescuing her is going to take funding, firepower, and friends. Fortunately, Tommy knows some shooters just crazy enough to tag along–including survivors from his last suicide mission: retired SEAL team commander Rocco Cavarra; former Delta Force operator Jake McCallum; and the unflappable sniper Leon Campbell. On the ocean and in jungles both natural and urban, Tommy Scarred Wolf and his warrior brothers will face human traffickers, modern day pirates, a freak typhoon, and an ultra-secret black ops team so dangerous even the CIA can’t touch them. There’s something far more sinister than just “white slavery” going on here, and it’s about to ram these men through a crucible which may never end…except in death.

Buy it on Amazon!

3 responses to “Tier Zero, The Sequel to Hell and Gone is Here!”