Is Call of Duty: Black Ops II Going to Crap The Bed? 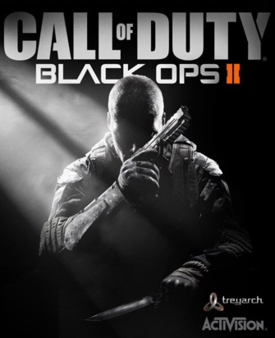 This is just one of those moments where you stand back and wonder…..what were they thinking?!?!  I played and enjoyed Call of Duty: Black Ops, I reviewed the plot line here on Reflexive Fire and found it to be very original.  It tapped into contemporary history and blended it with conspiracy theory to create something fresh and exciting.  Hey, sort of sounds like some other fictional work we know of…  Moving on.  Call of Duty: Black Ops II is nothing like the first game.

When I saw the trailer I was shocked that they pretty much threw out everything that made Black Ops unique to cash in on yet another silly Future War type video game of which dozens already exist.  Call of Duty: Ghost Recon here we come.  Drones, oh, so scary!  This was definitely a big disappointment for me.  It’s been done a million times already.

Now let’s take a quick look at this stellar “documentary” that Black Ops II had made to promo the game:

Well, well, well.  Our buddy Ollie and an academic fear mongering and trying to scare the hell out of the public.  Hey, it’s big business.  In order to drive billion dollar defense contracts you need a reason for them.  If there isn’t one, just invent one.  Fabricate the political capital needed to drive the contracts and fill the coffers.  The direction the Pentagon should be going in is smarter, not harder.  We need tactical thinkers who can operate in a decentralized manner.  See John Robb and HJ Poole for more on this.

I’m not saying there isn’t any threat from cyber-terrorism.  It is something we need to keep an eye on and do a better job of developing defenses against.  However, the manbearpig of cyber-terrorism has yet to claim perhaps even a single life.  Denial of Service attacks are like setting a flaming bag of dog crap on your neighbor’s front door, ringing the bell, and booking it.  Mildly amusing, but not terrorism.

As for the content of the video, exoskeletons?  Highly unlikely in our lifetime unless we ramp up our search and development of so-called “free energy”.  Cloak of invisibly?  I’ve talked to the CEO of HyperStealth about it and he says he can do it right now, $100 a soldier.  Directed Energy?  I highly suspect that High Powered Microwave weapons have already been used by Israel and the United States to spoof enemy radar systems.

So what about the deinstitutionalization of violence?  What about decentralized Infantry operations?  About about the collapse of the modern state and the implications that has on warfare?  The future of warfare will be post-political, the only real goal being a type of full-auto capitalism rather than people fighting for ideologies.  In future wars, franchised hunter/killer cells made up of cartel gunmen, terrorists, or Private Military Company shooters will kill each other for a paycheck with no guiding ideology or strategic goal in mind.

19 responses to “Is Call of Duty: Black Ops II Going to Crap The Bed?”