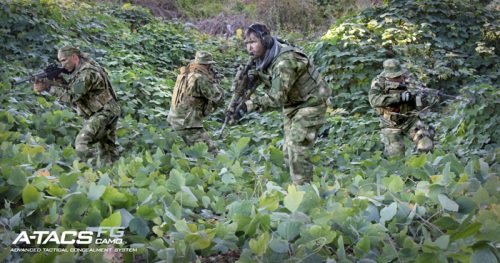 It looks as if an unfortunate grudge match is brewing between A-TACS and Hyperstealth.  The Canadian based Hyperstealth sent A-TACS a cease and desist letter regarding their new A-TACS-FG woodland pattern stating that it copies and infringes upon a number of different Hyperstealth patterns including, “Ghostex Alpha and Delta, SpecAM, SOPAT, Eurospec, and CAMOPAT”.  A-TACS has in turn filed a lawsuit in order to protect themselves, as they want a court ruling to state that their pattern does not violate any Hyperstealth patents.  We’ll see where this goes, but I like innovation in this industry and hope that a lawsuit doesn’t end up making both companies weaker in the long run.

For more information shoot over to Tactical Gear and Military Clothing News who did a great job with this story and also posted the court documents so readers can decide for themselves.