This was January or February as I recall.  It was pretty hot during the day but once that sun went down it was absolutely freezing.  I took these pictures during the course of a five day reconnaissance patrol through a area not frequented by coalition troops. 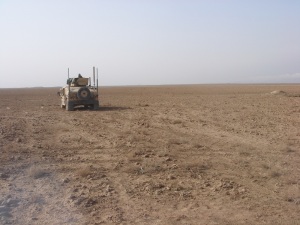 I was an attachment to this unit for the patrol.  As a Special Forces adviser I had five Iraqi soldiers with me who were there to help out with local engagements, meet and greets, and so forth.  I have a lot of respect for these units who spent most of their deployment out in the desert like this.  It isn’t easy living out of humvee day in and day out. 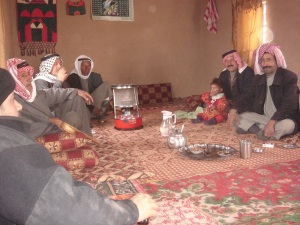 Meeting with the local elders.  They are always very welcoming but we knew all sorts of shady stuff was going on the second we left.  We found a pretty massive weapons cache just outside this village.